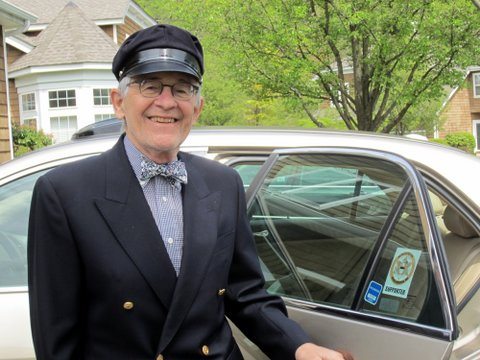 Preparing to Pick up a Grandchild

When my daughter was about seven years old, in those days long before seat-belts and the mandate to put kids in the back seat of the car, I wrote my first story.  “God is alive and well and riding in the passenger seat” detailed the magic that happened in our relationship when driving from here to there, wherever “there” happened to be.

Life was simpler then.  The seemingly endless after-school and evening activities that fill a child’s life and challenge the calendar of parents did not exist in the same way forty plus years ago. Time together was not so hard to come by as it is now, nor were we quite so frazzled when we found it. We even ate dinner together just about every night.

Driving time in transitions between school and home, or from a doctor’s appointment to religious school, brought moments of intimacy.  The route to or from a soccer or softball practice or game allowed analysis of the day. Taxiing the carpool to one birthday party or another offered a unique opportunity to catch up on peer exchanges.  Somehow, when we were driving along, conversations turned to what was truly on my children’s minds – an abrasive moment with a classmate, a friend who was misunderstood by a teacher, what “really” happened on the playground that morning.

The kids grew up and eventually took the wheel themselves.  Their new independence shoved our most intimate conversations into the late night moments after a game or concert.  Once they went off to college, times for confidences became still more rare. We grew to rely on the telephone for conversations except during occasional vacations when we again inhabited the same spaces.

In my romantic perspective, driving my children had taken on meaning well beyond the utilitarian.  It formed the lifeline that kept us connected.  Because the task was essential and recurred with reliable regularity, replacing its predictability and necessity was impossible.

Eventually we became grandparents.  We were not so different, but the world certainly was.  Demands that swallowed up the discretionary time of our grandchildren and their parents left little available for blowing bubbles, flying kites or baking cupcakes with us.  Instead, we found ourselves back in the car. Rare moments, but, once again, precious ones.

The grandchildren actually needed rides here or there occasionally.  For the oldest, it was a drop-off at athletic training facilities or, later, physical therapy.  For the five who followed, perhaps a lift to a soccer practice, transportation from school to dance class, a ride to the orthodontist.  One year when no car pool was possible, religious school became a challenge.

We were quick to offer our services.  Again, time in the car was precious.  A chance to catch up on a day’s events or short-term future plans.  With children, the future was always pretty short-term.  David’s son nicknamed us “The RB&D Chauffeur and Delivery Service”. David, who adored hats, went on-line to purchase an official chauffeur’s cap.

Last spring, for his seventy-fifth birthday, I bought him a bow tie.  That first one, silk and elegant, tickled him so much that the next time we were in Paris, we stopped in at Le Colonel Moutarde and added three funky cotton designs to his wardrobe.

Soon after our return, the high school sophomore needed a lift from school to a rehearsal.  I was unavailable but David volunteered.  He buttoned up a dress shirt, added one of his adorable bowties, donned a double-breasted navy blazer, and put on his new chauffeur’s cap.  I told my dear husband he might embarrass his granddaughter, but when our fifteen year old beauty spotted him standing alongside the Honda Accord beaming at her, she broke into a huge grin and bounded across the lawn to return the smile along with a heartfelt hug.  What greater gift could one ask?  God is indeed very alive and well and, once again (for she was, after all, old enough to sit in the front) riding in the passenger seat.  Love is Real.