At Yogaworks, teachers sometimes talk about a “goal pose” for a class. When I was twelve, I first heard Gershwin’s Rhapsody in Blue and fell in love with the music. The piece quickly became my “goal piece” for the piano lessons I had been taking since third grade. By my senior year in high school, I was able to trill the beginning and make my way through a reasonable facsimile of the first movement. The better I could play it, the more joy the music brought to me.

My skills eroded as years and other priorities put playing the piano on the back burner. My fingers lost their nimbleness. Lessons following retirement, even paired with disciplined practice, failed to bring me back to my adolescent level. But nothing ever dimmed my love for the music, the internal thrill I feel as the first notes climb rapidly and then the timing continually shifts. 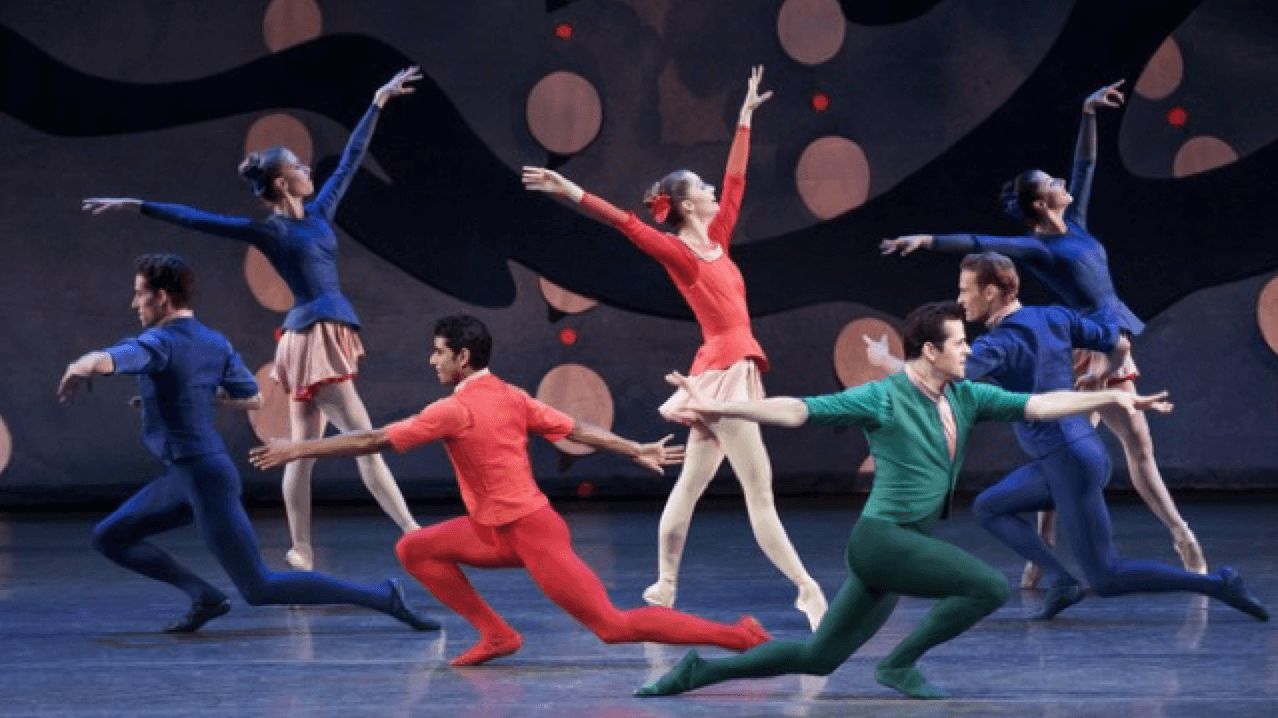 On May 7th, New York City Ballet principals Robbie Fairchild, Tiler Peck, and Amar Ramasar were joined by rising star Unity Phelan, to lead others from the company in Christopher Wheeldon’s new production of American Rhapsody. Cameron Grant played the piece in his usual accomplished style; Andrew Sill conducted the superb orchestral arrangement. Wheeldon, too, had fallen in love with the Gershwin piece. His background served him perfectly as he stretched his talents yet again and created a magnificent experience, not just for those who were directly involved in its production, but also for those of us who were privileged to witness the result.

I have adored ballet my entire adult life. It was the first personal pleasure to return when I began earning a living and, today, the schedule of Paris Opera Ballet guides our selection of dates for trips back to France. NYCB has long been a favorite company, especially as it evolved in the 21st century with its amazing roster of new choreographers (and choreography) as well as individual dancers with so much personality and style that they inspire the remarkable company they lead. But American Rhapsody left me breathless. Two of my favorite art forms had come together in a brilliant synthesis and I was mesmerized. I cannot wait to see it again.

Meanwhile, Wheeldon’s inspiring story is the one I want to highlight. Born in 1973 in Yeovil, Somerset, England, he began studying ballet when he was eight. He attended the Royal Ballet School in London from the time he was eleven until he joined its corps in 1991. A year later he crossed the Atlantic to join the New York City Ballet, where he became a soloist in 1998, a year after expanding his skills to include choreography. In 2000, he retired and the following year he was named NYCB’s resident choreographer and first resident artist, as the company itself expanded into new directions.

Wheeldon became increasingly prolific and his passion brought him international renown. As a child, he had loved listening to his father’s jazz, especially the music of George Gershwin. After mastering dance and mastering choreography, he mastered Broadway, creating a theatrical production of An American in Paris that won him Tony nominations and an award in 2015.

More in love with Gershwin’s music than ever, he wanted to bring the work back to the pure form of dance. An American Rhapsody was the stunning result, debuting more than ninety years after Gershwin first played Rhapsody in Blue with Paul Whitman’s jazz band in Aeolian Hall in New York. Wheeldon, using building blocks of skills already mastered, in order to follow his heart, his passion, his inspiration. To create. To love his work. Love is Real.