My Permanent Home, Discovered in My Heart

My Permanent Home, Discovered in My Heart 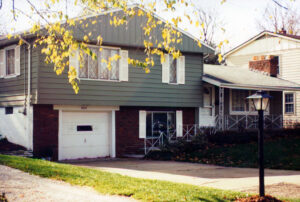 Summer of 1963. I was nineteen and realizing that I had become “homeless”. My grandmother, who had lived with us for about ten years, had moved into her  own apartment, my mother had migrated to Oakland, California, and my dad was living in the house he had built for his new young wife and her three children.

Needing to vacate my junior year college dorm, I packed a carton for storage in the basement then combined my babysitting earnings with the final court-mandated child support check from my father. Altogether, I had scraped together a thousand dollars. I bought roundtrip tickets for a charter flight to London, paid tuition for three courses at the Sorbonne, and made a reservation for student housing on bd Raspail in Paris. The money needed to last for three full months, covering everything from international airfare to other transportation, tuition, rooms, meals, books, and a roundtrip flight from New York to Ohio upon my return at the end of the summer.

I needed to make one last visit to Akron, the city where I was born, to the house where I had lived during high school. All my material possessions that were neither in my suitcase nor in the carton stored at the dorm, were in that house. I had ten days between my return flight to New York and the beginning my senior year at Barnard. Like other family moves, this one had happened without any awareness or input from me.

The split-level house in Akron had been deserted for months. My grandmother and mother had shipped what they wanted to their new homes. Grandma planned to moved my piano and the furniture from my bedroom to a warehouse in South Akron following my end-of-summer visit. All else that I remembered was either missing or deliberately abandoned, giving the house a slightly ghostly feel.

I slept soundly in my childhood bed that first night, breathing in the silence of the partially dismantled house, and rose early to arrange for booksellers to cart away the contents of shelves, and second-hand stores or donation depots to take the rest. Gradually, I assembled a small pile of those things that would remain a part of my life, at least for a while. I planned to cram them into the single suitcase that had made it through three months in Europe or else to mail them to school.

I ate my way through what had been remained in kitchen cabinets and threw out everything in the refrigerator, along with accumulated garbage that no one had thought to take to the dump. I worked hard that week, knowing I needed to finish emptying the house before classes resumed. Responsibility was familiar. It did not occur to me that, in effectively closing down the house, I was doing a job that might have been done more competently by the adults in my life.

Luckily, during that summer in Paris, I had discovered my own center, the home within myself, available any time, any place, whenever I could become still enough to allow myself to feel its strength and comfort and hear its instructions. Professor Stahmer, the Religion professor who was my wise major advisor, had recommended I travel without an agenda, without goals beyond passing my courses, allowing me to be open to my reactions to environmental pulls and internal needs. In following his counsel, I learned that I carried my compass within. Places to sleep, to wash up, to clean clothes, find nutrition, or to store a suitcase and its stuff, did remain necessary. But I discovered that a place for those activities could seamlessly change; fixed points were not required. And my direction could be a dance between internal cues and the places and situations in which I found myself. 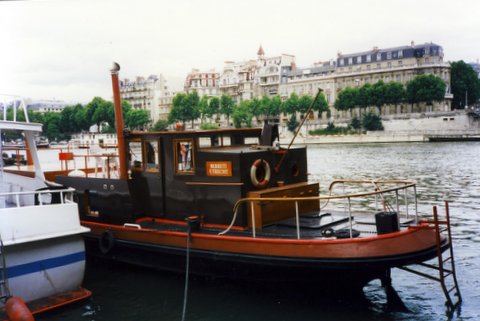 I had learned, at nineteen, lessons essential at age 54 when I packed nine suitcases, put Luke the Bichon into his crate, and left my home in Connecticut to resettle onto on a converted barge moored in the center of Paris, moving in with a man who had become an essential part of my new “home”; he had captured a piece of my heart. Wherever he and I have been since, across our more than 25 years together, has become “home”.

After the houseboat came the rented apartment with the tall windows and molded ceilings a block from Parc Monceau. Then the four-bedroom Colonial on a road a few feet hundred beyond a llama farm in rural Connecticut. Eventually we shortened my commute, moving into the Tarrytown condo that welcomes kids and grandkids. It was supplemented by subletting a friend’s pied-a-terre sublet in Paris where we regularly reconnect to friends on the other side of the Atlantic and plant ourselves deep within French culture for a while. Add a hotel room here and there, a friend’s guest room, an overnight on a long airplane flight.

Home is where our hearts are, and when we are together we are “home” amplified. Not dependent on a place; it is a feeling. Our love expands to embrace our surroundings. First finding each other in our fifties, we reclaimed parts of ourselves that had been missing. In doing so, we brought the homes that we had each created or longed for into our hearts. Home became wherever our energies connected. Not a place, but a knowing. Love is real.